They survived the Christchurch attacks. In Mecca, they’re finding peace as Hajj pilgrims

"I thought I am looking at a symbol, a symbol of peace. A symbol of God. He's here," Gul told CNN.Gul is one of 200 people who arrived in Mecca, Saudi Arabia from Christchurch this week to perform the annual Hajj pilgrimage, which began on Friday. They are survivors of the March 2019 terror attacks at two Christchurch mosques as well as the relatives of those who were slain in the shootings.Fifty-one people were killed in the attack by a white nationalist gunman during Friday prayers.Saudi Arabia's King Salman extended the invitation to the group for the all-expenses-paid pilgrimage in July. CNN's interviews with Christchurch pilgrims in Mecca were facilitated by the kingdom's Center of International Communications. In a statement published by the official Saudi news agency, Minister for Islamic Affairs Abdullatif bin Abdulaziz Al-Sheikh said the state-funded trip was part of the kingdom's efforts to "confront and defeat terrorism and terrorists." Christchurch survivors and victims' relatives say the pilgrimage has been a means to healing from the violence that changed their lives."My feelings are more calm now. I'm more in order. I'm not in chaos anymore. I'm not in a bad mood anymore," said Gul. "I am more in peace now. I'm more concentrated on doing and spreading peace." 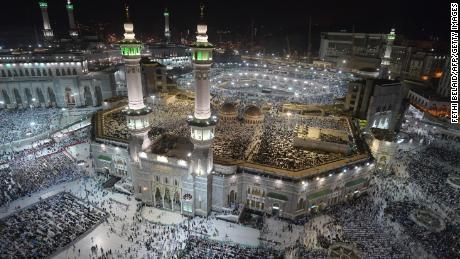 A long way from Christchurch

"It was a very special day," said Taj Mohammed, 47, recalling the moment he received the invitation to perform the Hajj. "I am very happy."Mohammed was shot in the leg three times at the al-Noor mosque in Christchurch. Because of his injury, he must perform the obligatory seven circles of the Kaaba on crutches or in a wheelchair. He said the spiritual experience has eased his ailments and filled him with gratitude. "It's not so easy to come to Hajj," said Mohammed.Performing the Hajj is considered compulsory for every Muslim who is physically and financially able to make the journey. However, the five-day pilgrimage — held every year in the days leading to the Muslim holiday of Eid al-Adha — can be taxing.Nearly 2 million pilgrims have arrived in Saudi Arabia for this year's Hajj, according to Saudi authorities. 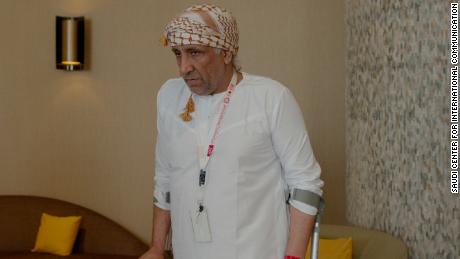 For Muslim worshippers in New Zealand, some 9,500 miles from Mecca, the journey is especially difficult. "It's a trip of a lifetime. It's a dream trip. I can't believe I'm here," said Rashid Omar, 51, a Singapore-born electrician from Christchurch. Omar said he hadn't planned to accept King Salman's invitation because his wife and children were unable to join him. But his wife eventually persuaded him to make the journey. "We were caught by surprise because we weren't quite ready," Omar said, recalling the moment his family received the invitation to go to Hajj. "(We thought) 'who's going to look after the children, who's going to go?'" He is performing duaa' (supplications) for his son, Tariq Omar, 34, who was shot and killed in Christchurch."I'm looking for a peace of mind, for my own spiritual way," said Omar. "I just want to make special supplications for my son, Tariq, and also my family."His voice falters as he talks about his son's passing. "He was in the masjid (mosque) when he was shot," said Omar. "We didn't find out until a few days later … I'm really hoping that this will heal myself and my whole family." 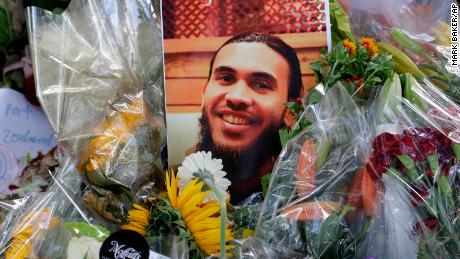 For the Christchurch group at Mecca, the trip not only offers spiritual healing, but also an opportunity to get together and talk with people who share their tragedy."It's very good (to be together). We can talk among each other. We can talk about our feelings about how the whole thing affected us," said Omar. "It's a healing process for myself."The group speak about their individual struggles, their hopes for the future, how their faith has buoyed their recoveries from the attack. They even discuss their thoughts on the attacker himself. "I pray for the attacker that somehow he gets the guidance that Islam is not the religion of hate. ItRead More – Source

Cold alert: Vulnerable at risk as temperatures could…