A spokesperson for the Southern Transitional Council (STC) told CNN the group took over the city including its presidential palace, port and airport. Aden has been the seat of the Saudi-backed government since Houthi fighters took over Sanaa in 2014."We are not inside the presidential compound, which is on an island, but we have secured its entrances and exits," Nizar Haytham, the STC spokesperson, told CNN.CNN wasn't able to verify the claims. However, the interior minister of the country's internationally recognized government conceded a defeat in what he called a "successful coup." "The successful coup destroyed what's left of this country's sovereignty," Ahmed Al-Maysary said in a video circulated on social media.He said he recorded the video in Aden right before fleeing to Riyadh. He was the only minister on the ground making statements to the public about the fighting.Witnesses in Aden said fighting subsided on Sunday, the first day of the Eid Al-Adha holiday. The Aden International Airport was closed and flights have been diverted to Sayoun airport since Friday, according to Yemen Airways flight schedule.Some 40 people have been killed and 260 injured in the fighting in Aden, according to preliminary reports cited by the UN Office for the Coordination of Humanitarian Affairs (OCHA)."It is heart-breaking that during Eid al-Adha, families are mourning the death of their loved ones instead of celebrating together in peace and harmony" said Lise Grande, UN humanitarian coordinator in Yemen. 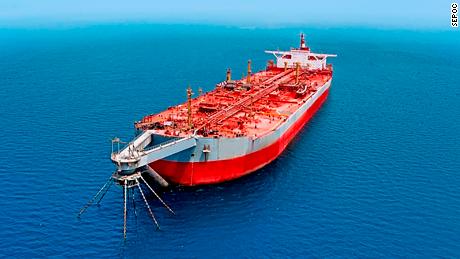 In a bid to defend the city, the Saudi-led coalition said earlier it hit a target posing "direct threat" to the embattled government and ordered the STC to withdraw immediately.The coalition didn't specify the target, but warned that "this is the first operation and it will be followed by another, in case no one abides by the coalition' statements," Saudi state TV reported.However, Haytham downplayed the attack, telling CNN the coalition airstrike hit an empty field in the presidential compound in Aden.The fighting between the southern separatists and the government in Aden illustrates the complexity of the conflict in Yemen. Both sides are part of the coalition fighting the Iran-backed Houthi rebels in the north, but each is backed by a different member state of that coalition. Read More – Source

Three rockets hit US embassy amidst protests in Iraqi capital

VIDEO: Moqtada al-Sadr, a powerful symbol of resistance in Iraq

Coronavirus: Recent travellers from Wuhan to UK told to…

FTSE 100 tanks over 2% as investors take flight due to…