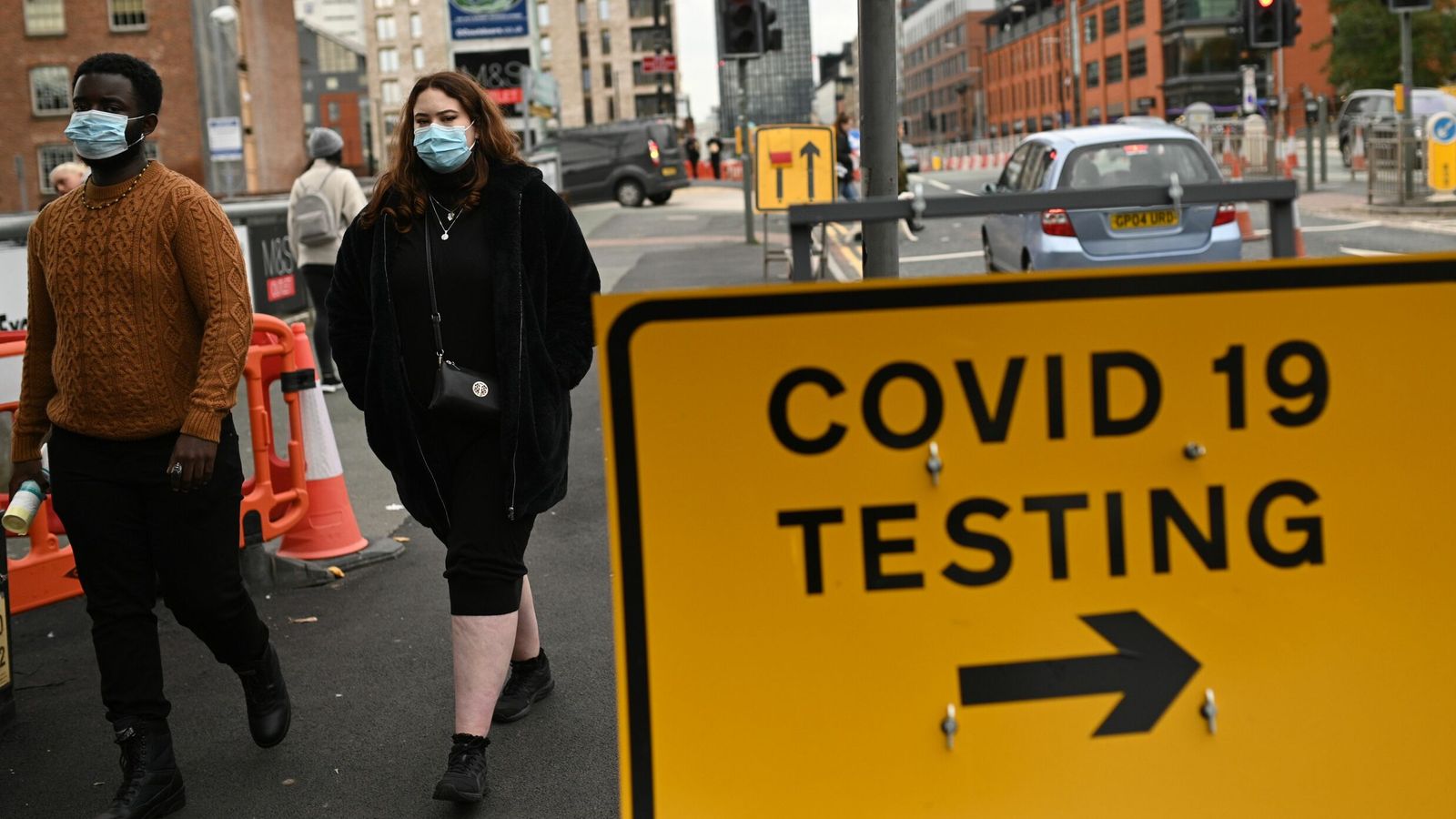 There were also another 241 deaths within 28 days of a positive coronavirus test, triple the figure posted on Monday when 80 were recorded.

It is the highest daily deaths figure since 258 were reported on 5 June, but there is often a delay in the reporting of deaths over a weekend – causing a spike in the early part of the week.

"Tragically we know that older people and those with underlying health conditions tend to suffer more if they become unwell.

"We all have a responsibility to follow the restrictions to help stop the virus spreading to those who are at greater risk.

"The measures across the country are there to reduce transmission of the virus which is why it is essential that we all follow them.

"We know that the easiest and best way to protect each other is to regularly wash our hands, wear a face covering when required, and to keep space from each other."

Separate figures published by the UK's statistics agencies show there have now been 59,000 deaths registered in the UK where COVID-19 was mentioned on the death certificate.

According to figures from NHS England released on Tuesday, 134 more people who tested positive for coronavirus have died in hospital, bringing the total number of confirmed deaths reported in hospitals to 31,181.

Patients were aged between 36 and 100. All but six, aged between 68 and 91, had known underlying health conditions.

The deaths were between 13Read More – Source

PM appeals for unity ahead of Brexit Bill vote

British Steel bailout move set to save thousands of jobs