Earth fever has not let up over the past year, and even without reaching new heights, the year that ended was one of the hottest on record, US government agencies said Thursday.

Unprecedented heat is now to be expected over the next few years, experts have warned.

Even with the cooling influence of La Niña, the National Oceanic and Atmospheric Administration calculates that the average global surface temperature was 14.76 degrees Celsius last year, the sixth warmest year on record. NOAA data currently excludes the polar region.

Four other science agencies around the world rank 2022 fifth or sixth.

The non-profit organization Berkeley Earth notes that 2022 was the hottest year on record in 28 countries, including China, the United Kingdom, Spain, France, Germany and New Zealand.

Most important, experts say, is to keep in mind that the temperature for the past eight years, since 2015, has exceeded the temperature of the pre-industrial era by more than a degree Celsius.

The comparison with a fever is wrong, believes meteorologist Renee McPherson of the University of Oklahoma, since it is usually possible to bring down the fever fairly quickly.

“You can’t take a pill, so the solutions aren’t easy,” she said. We should rather speak of a chronic disease, such as cancer.

But like a fever, “every tenth of a degree matters and things go awry and that’s what happens,” said meteorologist Bernadette Woods Placky, who heads the Climate Central group.

The risk of seeing the planet exceed the warming threshold of 1.5 degrees Celsius adopted in 2015 is increasing every year, warns the World Meteorological Organization. The United Nations weather agency said the last ten years have been, on average, 1.14 degrees Celsius warmer than the pre-industrial era.

The warming seems to be accelerating, said the director of the Goddard Institute of Space Studies, Gavin Schmidt, even if the data are not yet available to confirm this with certainty. The overall warming trend, however, is indisputable, he added.

“Since the mid-1970s we have seen this constant warming trend and it resists all methodologies,” he explained.

La Niña, a natural weather phenomenon that alters the planet’s weather, is in its third consecutive year. Mr. Schmidt calculates that it has subtracted 0.06 degrees Celsius from the global temperature. Last year was the hottest La Nina year on record, according to him.

“The La Niña years of today are not the La Nina years of yesteryear,” said climatologist Kathie Dello of North Carolina State University. Historically, La Niña could be relied upon to lower the planet’s thermostat. Today, greenhouse gases are keeping the temperature high and giving us another of the warmest ten years ever.”

With La Niña dissipating and the possible formation of El Niño contributing to warming, Schmidt predicts that 2023 will likely be warmer than 2022 ― and 2024 will be even worse if El Niño is here.

“2024 could be the hottest year on record, and by a good margin,” he told The Associated Press.

But the average temperature isn’t really what affects people. Rather, global warming increases the frequency and intensity of catastrophic events such as heat waves, floods, droughts and storms.

The World Meteorological Organization recalled that large areas of Pakistan were flooded in 2022; whereas unprecedented heat waves have swept through China, Europe and North and South America; and that an endless drought threatens the Horn of Africa with a humanitarian catastrophe.

This article is originally published on noovo.info 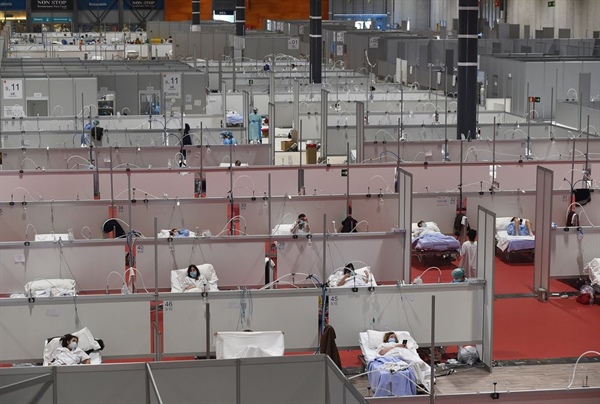