A British woman could go to jail for a Dubai bar fight she wasn’t even in. The row broke out between her friends and a drunk Swedish man, but it is Asa Hutchinson who is facing prison time because she lives in the UAE.

The 21-year-old, who originally hails from Chelmsford in Essex, claims that she was not even present when the fisticuffs broke out between the drunken 50-year-old man and her friends.

The group were leaving Dusty's bar and restaurant in the Dubai International Financial Centre district when the fight broke out. Hutchinson’s pals had been taking photos with the intoxicated man, a technology company executive, who was passed out on a couch. He woke up during the impromptu photoshoot and started swinging.
Hutchinson claims she returned to the lobby upon hearing the commotion, but was not involved in the fracas.

The drunken Swede complained to police that the boys had taken his photo without consent and had been rude, both of which are against the law in Dubai. Hutchinson’s friends paid a cash deposit to police to get their passports returned to them, which they promptly used to flee the country.

Hutchinson has been arrested in their stead, charged with assault and theft after the 50-year-old’s reading glasses went missing in the commotion. Hutchinson could face up to six months in prison over the incident.

Although the drunken man was the one throwing punches, the first person to lodge a complaint with police is the one most likely to be believed in the eyes of Dubai’s legal system.

“It is so unfair. I was not involved. I just happened to be there, but the police are not interested in anything I have to say,” Hutchinson said. “Once the man made his complaint, it was taken as fact. I can’t go to jail, I couldn’t cope.”

Hutchinson’s father, Iain, told the Times that the Swedish man that came out swinging should be the one languishing in jail. “This older guy was the one hitting everyone… he is picking on my young daughter,” he said.

The 21-year-old’s mother, Lucie, said the family has been devastated by the incident.
“You always worry about your kids, especially in these Middle Eastern countries. There is so much on the news about the way they treat British visitors, but Asa was having a great time… She is a quiet, sensible girl and really is the last person to start any trouble.”

Hutchinson is being represented by Detained in Dubai, a not-for-profit organisation devoted to helping those who have become victims of injustice in the United Arab Emirates. 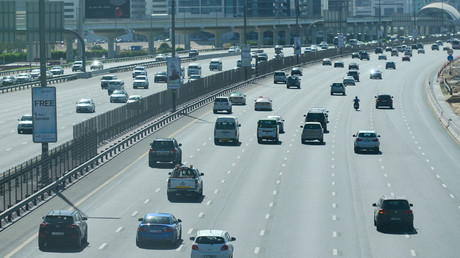 Detained in Dubai chief executive Radha Stirling said the legal system in Dubai is strict and “open to abuse.”

“Often it is a race to get to the police first,” Stirling told The Times. By making this complaint, the man may have been safeguarding himself from being charged himself.

“The only reason the claimant transferred the allegations to Asa is because she went to the police station to try to help her friends,” she added. “Also, it is clear in this case that Asa was a bystander, not involved with the fight, and is only being victimised because the alleged culprits have left the country."

In October, 27-year-old Briton Jamie Harron was released after "three-and-a-half months of hell." He had been jailed in Dubai for "touching a man's hip."