"Both obesity and diabetes are preventable causes of cancer for which intervention is possible at multiple levels — in individuals, communities, health care systems, and policy," said Dr. Graham Colditz, of Washington University School of Medicine in St. Louis.

"More prompt actions are needed to help people maintain a healthy body weight throughout the life course, starting at an early age," Colditz wrote in an editorial accompanying the study.

Diabetes and obesity cause biological changes, such as high sugar levels, chronic inflammation and disrupted sex hormones. Over time, these can lead to cancer, the British researchers explained.

For the report, they analyzed health data from 175 countries. They concluded that 5.6 percent of new cancer cases in 2012 were caused by high body mass index (BMI) and diabetes. BMI is an estimate of body fat based on height and weight.

Overweight and obesity led to about 4 percent of cancer cases, and diabetes caused 2 percent, the study found.

Type 2 diabetes — by far the most common form of the disease — is linked to being overweight and sedentary.

Most of the cancer cases caused by diabetes and obesity were in wealthy Western countries, followed by East and Southeast Asian countries, according to the study.

The results were published Nov. 28 in The Lancet Diabetes & Endocrinology.

It's estimated that 422 million adults worldwide have diabetes and more than 2 billion adults are overweight or obese, the researchers said in background notes.

"It is important that effective food policies are implemented to tackle the rising prevalence of diabetes, high BMI and the diseases related to these risk factors," Pearson-Stuttard said in a journal news release.

According to Colditz, the "global burden of cancer due to high BMI and diabetes will continue to increase unless the prevalences of these conditions fall."

The U.S. National Cancer Institute has more on cancer prevention. 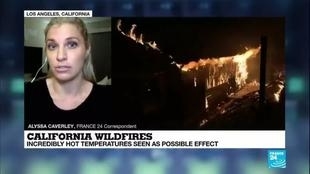 US wildfires destroy towns, turn deadly as they rage across West Coast