Hazard was at his dynamic best as the Blues beat Newcastle United 3-1 at Stamford Bridge on Saturday, firing his side ahead before scoring a Panenka penalty in the second-half.

The Belgian’s start to the season was delayed after he underwent surgery over the summer but Hazard now appears back to his best and was ‘unplayable’ against Newcastle, says Shearer.

‘He was unplayable at times – he was just magnificent,’ the legendary striker told Match of the Day. ‘Newcastle couldn’t get near him with his running with the ball or his running off the ball.

‘He was so intelligent, his link-up play with Alvaro Morata was so good. His game had everything with it. He was running the show.

‘It was just magnificent. When you get tight to him he can turn you, he just has everything to his game.

‘He destroyed Newcastle but he will destroy a few more as the season goes on.’

Chelsea have enjoyed a fine run since their humbling defeat to Roma in the Champions League and Antonio Conte was delighted with his team’s performance after a slow start against Rafael Benitez’s Newcastle.

‘I think our start wasn’t good enough,’ he said. ‘After going 1-0 down, we started to play with good intensity and good football.

‘We did well after only two days’ rest. It was a solid performance despite the goal. We showed good motivation and good intensity. I made rotations in the game and the response of my players was positive.

‘I think that today, to play and win after two days of rest means a lot. Newcastle had the advantage with one day more of rest.’ 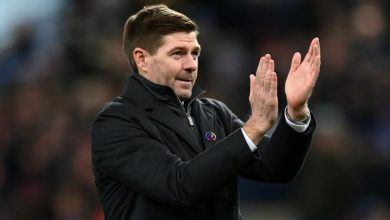