Google is facing legal action launched on behalf of 5.4 million people in England and Wales over allegations it unlawfully collected their personal data.

If successful, those affected could receive compensation.

The campaign Google You Owe Us says that between June 2011 and February 2012, Google bypassed the default privacy settings on users' iPhones to collect user data unlawfully.

The company is alleged to have placed cookies on the Safari browser to track users.

Unusually, the campaign is a representative action, brought on behalf of all those affected – similar to a class action lawsuit in the US.

Richard Lloyd, the representative claimant in the case, told Sky News: "My job is to represent everyone that was affected by this breach of trust by Google to make sure that these vast companies have to be held accountable in the British courts.

"They're not above the law. And we want to see more than five million British consumers given the compensation they're due."

The campaign estimates that, if the claim is successful, those affected could receive up to £200 in compensation each.

That would leave Google with a bill of more than £1bn.

A Google spokesperson told Sky News: "This is not new – we have defended similar cases before. We don't believe it has any merit and we will contest it."

Google has previously paid millions to settle cases about the so-called Safari Workaround.

In 2012, it paid $22.5m to settle changes brought by the US Federal Trade Commission.

The following year, it paid $17m to 37 US states and the District of Columbia to settle claims.

In March 2015, the Court of Appeal in the UK ruled that consumers did have the right to sue Google in the UK over the alleged misuse of privacy settings.

In its judgment, the Court of Appeal said: "These claims raise serious issues which merit a trial.

"They concern what is alleged to have been the secret and blanket tracking and collation of information, often of an extremely private nature… about and associated with the claimants' internet use, and the subsequent use of that information for about nine months.

"The case relates to the anxiety and distress this intrusion upon autonomy has caused."

MP calls for TSB boss to intervene in online crisis 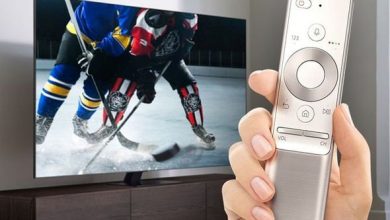