In and amongst the trove of Cold War-era archives released by MI5 this week, between documents on John Profumo and Kingsley Amis, was a file on two radical Zionists and their thwarted attempt to carry out a letter-bombing campaign targeting the British government.

Ms Gilberte Elizabeth Lazarus, also known as Betty Knout, and Mr Yaacov Levstein were two members of the Stern Group, also known as the Lehi, militant Zionists intent on the violent removal of the British from Palestine.

The released documents detail how, on June 2, 1947, the pair were arrested on the French-Belgian border carrying envelopes addressed to leading British officials; Sir Alan Cunningham, the Palestine high commissioner, and General G. H. A. MacMillan, commander of the British troops in Palestine, among others. Inside the envelopes, and behind the false bottom of Lazarus’ suitcase, was gelignite, detonators, batteries and timed-fuses. Lazarus was sentenced to a year in prison, Levstein to eight months.

Upon the arrests, a released memo notes that Lazarus “is believed to be identical with the woman who planted the bomb in Dover House last April” – a bombing of the British Colonial Office in Whitehall that severely damaged the building. While further reports note that a year previous, French police stopped the group’s ambitious plot to cross the Channel in a plane to drop a bomb on the Houses of Parliament, though this was denied by French Sternists.

Author of ‘Stern: The Man and His Gang’ and one of the world’s foremost Nazi-hunters, Zev Golan, notes that British intelligence “was good but not perfect,” telling RT: “Bombs planted in England were actually sent and placed by the Paris branch… They tried to place one in the Ministry of War, apparently they also placed a non-working bomb in Parliament, which was never discovered. They prepared dozens of letter bombs – the documents released yesterday underestimate the number considerably – to be sent to British politicians.”

MI5 had been monitoring the pair and their fellow Sternists for years. Written during their imprisonment on a partially torn memo marked “Top Secret,” a British intelligence officer describes Levstein, a seasoned bank-robber, as “one of the most dangerous and active members of the Jewish terrorist organizations in Palestine.” The memo appeals to the recipient: “It is imperative that Levstein is not allowed freedom after disposal by the Belgian authorities.”

Upon her release, Lazarus was quoted in the Daily Express as saying: “Belgian experts said they [the letters] were deadly. I’m sorry none of them were delivered.” She was subsequently monitored by British intelligence as soon made her way, via-Paris, to the new state of Israel that had been formed while she resided in jail. 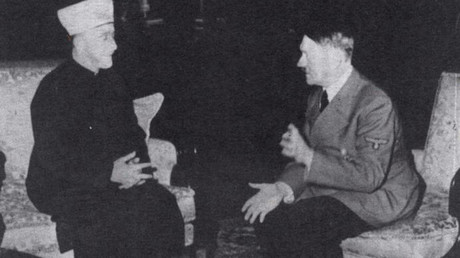 Golan states: “The Stern Group was the first and maybe only Jewish entity to say that British interests in the Middle East were colonial, imperialistic, and so necessarily contradicted Zionist interests, as well as the interests of the Arabs. The Sternists said a conflict was not an option – it was inevitable.”

The Stern Group declared an all-out war of independence from Britain. This was in 1940. It took up arms, shot British soldiers and police, and bombed British government offices. So, one can argue that they started the underground war that culminated with the British withdrawal from Palestine in 1948.”

The documents also show British intelligence’s fear of Soviet infiltration of the Stern Group. A memo written by then director general of MI5, Sir Percy Sillitoe, called for the estimation of the “extent to which Jewish underground organizations have been penetrated by the Russians.”

In the file’s opening pages, there is a correspondence between two British officials discussing Lazarus’ connections to the Soviet Union, reading: “It may or may not be relevant that Elisabeth LAZARUS is the grand-daughter of Scriabin and a relation of Molotov!” While Golan notes the relation to renowned Russian composer Alexander Scriabin, he casts doubts on her relation to Stalin’s right-hand man, Vyacheslav Molotov.

The author notes that the “Soviets were penetrating” the radical Zionist organizations, adding: “It is rumored, apparently with good reason that a Lehi member – he has not been named – was working for the Soviets, and this resulted in one killing which was done for Soviet interests. 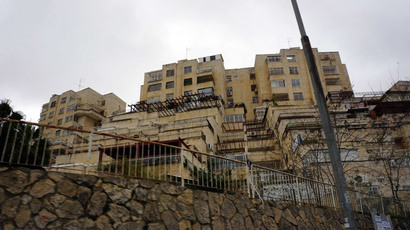 But the charge of Soviet penetration regarding the Stern Group is a diversion. For the Stern leadership on its own sought Soviet support. The Sternists were anti-colonialist and anti-imperialist and wanted the British and Americans out of the Middle East. They believed that they were natural allies.”

The End of the Gang

The Stern Group carried out attacks across Europe and Palestine fighting rival Zionist groups, Arabs and the British administration, among others. In 1944, the group became infamous when they assassinated Lord Moyne, British minister resident in the Middle East. During the Civil War that preceded the end of British rule in Palestine, the group became a paramilitary organization, reaching new levels of violence. On April 9, 1948, Sternists, along with the Irgun, killed 107 Palestinian Arab villagers in the massacre of Deir Yassin.

Israel was founded on May 14 of that year. Two weeks later, the Stern Group was incorporated into the Israeli Defense Force. Remnants of the organization continued to operate, killing UN mediator Count Folke Bernadotte – a crime that Lazarus was arrested for, though not charged with. Israel declared the group a terrorist organization. A general amnesty followed, though Golan notes that “When Israel was born, the Sternists were anathema to the government and media. Its members couldn’t get jobs, were not allowed to be teachers, or rise too high in the army.”

Levstein and Lazarus had ultimately achieved their goal. The two former terrorists now drifted into wider Israeli society, their old lives largely forgotten. Lazarus opened a nightclub, passing away from a heart attack in 1965. While Levstein, the former thief and terrorist, took his know-how and set up an armored-car company, providing security to banks.