Boris Johnson is heading back to the Cop26 summit to try to kick-start the troubled negotiations, amid a fresh warning that they are on course to fail.

The prime minister was expected to return to Glasgow at the end of the week – but will now travel, by train, on Wednesday to encourage “ambitious action” to halt the climate emergency.

It is unclear whether Mr Johnson hopes to intervene on any particular sticking point in the talks, which are due to end on Friday.

However, the visit comes after a warning that the world remains on track for catastrophic levels of global heating, far in excess of the targets in the Paris Agreement.

Despite the carbon-cutting pledges made by governments in Glasgow, the research says temperature rises will still top 2.4C by the end of this century.

That would far exceed the 2C upper limit set down in the Paris deal – let alone the prime minister’s target to “keep alive” a 1.5C goal, to prevent the worst extreme weather.

The prediction comes from Climate Action Tracker, a respected analysis group, and is based on countries’ short-term goals for the crucial next decade.

Calling the findings a “reality check”, Niklas Höhne, one of the authors, said: “Countries’ long-term intentions are good, but their short-term implementation is inadequate.”

Asked why Mr Johnson is returning to Cop26, his spokesman said it was “to meet negotiators to get an update on the progress of the talks to encourage ambitious action in the final days”.

He denied he is “worried” by the 2.4C warning, adding his “position is the same” in wanting all countries to be “playing their part”.

Mr Johnson’s mood about the prospects for Cop26 have shifted over the last 10 days, in line with his ambitions for what it can realistically achieve.

Before it began, No 10 said the goal was to achieve pledges to halve carbon emissions this decade, something seen by climate experts as the last chance to prevent disaster.

At the G20 in Rome, the prime minister then said there was “no chance” of that in Glasgow – before lashing out at world leaders for their lack of action.

But, before leaving Cop26 a week ago, Mr Johnson switched tack again to argue the world was no longer 1-5 down in the fight against the climate crisis, but was making “progress”.

“We’ve pulled back a goal, or perhaps even two, and I think we are going to be able to take this thing to extra-time,” the prime minister told a press conference.

In Glasgow, Alok Sharma, the Cop26 president, said: “We are making progress at Cop26 but we still have a mountain to climb over the next few days.

He revealed the UK presidency would publish the first draft of the text for the final agreement overnight. 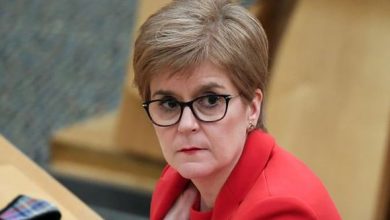 WAR ON WANT’S COMMITMENT TO SAFEGUARDING AND CODE OF CONDUCT