A man who swung his toddler stepson by the ankles and smashed his head into a fireplace has been convicted of murder.

David Dearlove, 71, had denied killing 19-month-old Paul Booth at their home in Stockton-on-Tees in October 1968.

Paul's brother Peter, who was three years old when he witnessed the attack after he crept downstairs for a drink, went to police in 2015.

The inquest into Paul's death in 1968 recorded an open verdict.

But in 2015, Peter went to the police after seeing a photo on Facebook of his little brother sitting on Dearlove's knee.

He said as a three-year-old he had seen Dearlove swinging Paul round their living room in Stockton and witnessed the boy's head striking the fireplace.

During the trial, Dearlove insisted Paul suffered the fatal head injury when he fell out of bed onto a concrete floor, although he told police when he was arrested in 2015 that the toddler collapsed in the living room.

He claimed he changed his story because he had forgotten the events of 1968.

The court heard Dearlove had been violent towards Peter and Paul as well as their sister Stephanie Marron who also accused him of cruelty, saying he punched her and pulled her down the stairs.

Home Office pathologist Mark Egan demonstrated how the toddler could have died by swinging a doll by the ankles and banging its head on the surface of the witness box, causing some of the 10 men and two women of the jury to weep.

He also said he believed it would have taken separate blows to cause the "z-shaped" skull fracture on the side of Paul's head.

The jury also heard that injuries on Paul's body indicated were not accidental, but were caused by someone in the house.

Dearlove was also convicted of child cruelty charges, and Mr Justice Males warned him he faced a mandatory life term.

The Crown Prosecution Service said it had not been able to exhume Paul's body as burial records had been lost, with the case relying on the documents prepared for his inquest at the time.

In a statement after the verdict, the Booth family said Dearlove's actions "not only physically killed Paul but also destroyed his memory".

"He was buried into an unmarked grave the location of which remains unknown and he was not spoken about for many years," they added.

"However, we now believe as a family that this court case has shown everyone that Paul did live a life and that his memory will never be forgotten."

May defuses revolt in parliament over Brexit plans 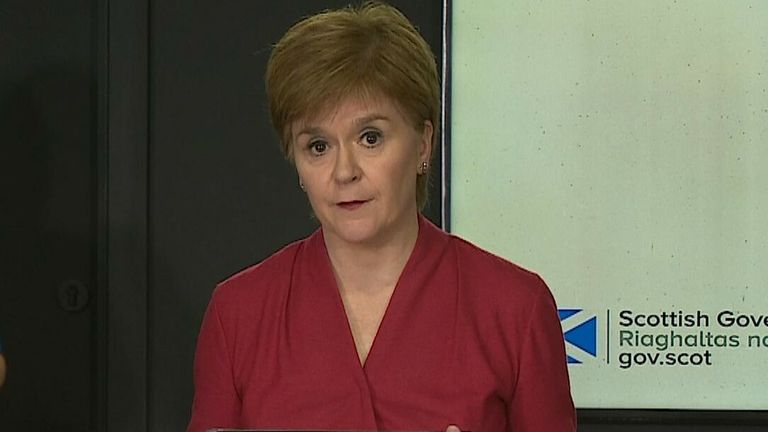