Michel Barnier, the EU’s chief Brexit negotiator, has stoked the ire of British MPs after suggesting the United Kingdom only voted to leave the bloc as a method of avoiding a battlefield confrontation with Islamic State (IS, former ISIS).

Barnier claimed the UK decided to abandon its European allies by voting to leave, ignoring France’s call for solidarity when it was most needed following “a series of [terrorist] attacks on European soil.”

“Never had the need to be together, to protect ourselves together, to act together been so strong, so manifest,” Barnier told a security conference in Berlin on Wednesday. “Yet rather than stay shoulder to shoulder with the Union, the British chose to be on their own again.”

The French official said he worried Europe would fracture, crack, and break apart after the Brexit vote.

“Following the UK referendum, many people assured us that divisions would spread … and yet, in an act of collective responsibility, Europeans suddenly woke up and responded by choosing unity,” he told the security conference. “They affirmed their common project, even in one of the core areas of national sovereignty – security and defence.”

UK officials are furious about this Barnier speech: https://t.co/KIGJCVo4NC … They consider his line about UK voting to leave "six months after" French call for solidarity against ISIS as tantamount to "accusing us of ducking out of the fight agaist Daesh", UK official says

Barnier’s explosive accusations run the risk of creating tension at a critical time for Brexit negotiations. His comments have incurred the wrath of MPs and media commentators alike, with some sharing their disgust on social media.

Section of the Barnier speech which caused apoplectic fury inside the UK government. "Irrational, stupid and needs calling out," said one govt official. Very rare to hear that sort of language. Feeling among some senior figures that Barnier crossed a line. Diplomatic heat rising pic.twitter.com/oqomHCMpKN

Tory backbencher Peter Bone labelled Barnier’s comments “outrageous,” arguing it is NATO – not the EU – that is actually responsible for maintaining peace. 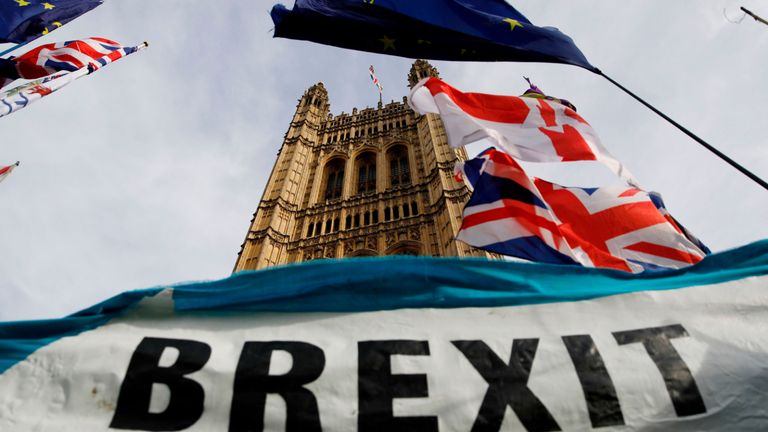