The DUP have warned the Government they might no longer be able to count on their votes, if they detect any change to the Prime Minister's policy of treating the UK as one unitary state in Brexit negotiations.

Sky News has learnt party officials met senior members of the Government on Thursday morning to discuss the issue.

There had been speculation that Mrs May and her ministers may consider "regulatory convergence" between Northern Ireland and the Republic as a way of breaking the negotiations deadlock and progressing to trade talks.

But the DUP have made clear that they would regard such convergence as tantamount to keeping Northern Ireland within the EU customs union, thus creating a new unofficial border between Northern Ireland and the rest of the UK.

This, they insisted, would be unacceptable, and therefore would call into question the "confidence and supply" arrangement by which the DUP agreed with the Conservatives earlier this year.

A senior DUP source told Sky News: "The UK Government knows that any agreement with the EU that Northern Ireland should stay in the single market or the customs union or its regulatory equivalent would be deeply destabilising to the confidence and supply agreement."

The party's 10 MPs have been voting with the Conservatives on the Queen's Speech, Budget and Brexit.

But its agreement does not cover the precise outcome of the EU divorce deal.

Ireland is demanding the UK make a written commitment to convergence, or that either the UK or Northern Ireland remain in the single market or customs Union to ensure there is no hard border.

Reports from Brussels suggest five written commitments have been drafted for the UK to sign up to before negotiations can move to phase two.

Earlier on Thursday, DUP MP Ian Paisley retweeted a former Stormont minister's warning: "Beware of the Tories as the UK moves towards first stage agreement of BREXIT with the EU.

"Some senior advisers within NIO (Northern Ireland Office) may not have the best interests of NI. This will be a testing time for the DUP if they are to continue to keep the present government in power!".

DUP leader Arlene Foster said: "Her Majesty's Government have a clear understanding that the DUP will not countenance any arrangement that could lead to a new border being created in the Irish Sea.

"Indeed, the Prime Minister has been categorical on this matter in the House of Commons.

"We reiterated that United Kingdom-Republic of Ireland arrangements may be necessary as we exit the EU but there can be no arrangements agreed that compromise the integrity of the UK single market and place barriers, real or perceived, to the free movement of goods, services and capital between Northern Ireland and the rest of the United Kingdom".

UK and EU officials are expected to try to hammer out an agreement on the Irish border over the weekend as the PM prepares for a crucial meeting with European Commission President Jean-Claude Juncker on Monday. 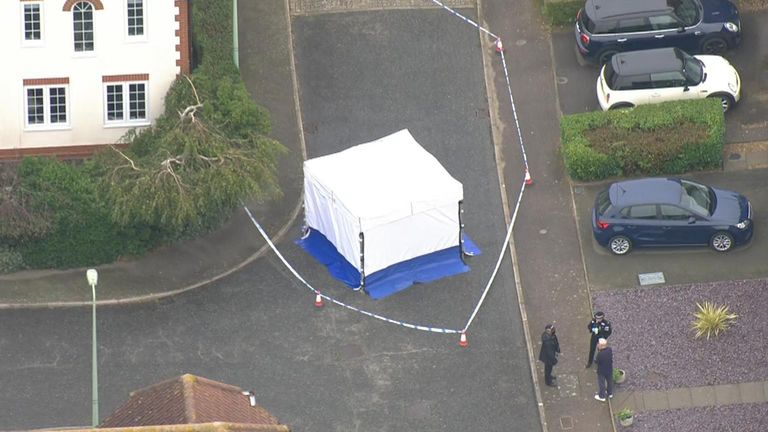 Teenager arrested after boy, 15, ‘seriously injured’ in shooting on way to school