Trains in and out of London Euston have been cancelled this morning, with passengers being urged to avoid travelling.

Network Rail says emergency repairs are required after more than 500m of overhead wires were damaged on Friday afternoon.

No services to or from the station are expected to run until midday at the earliest, with major rail disruption expected across the country.

On its website, National Rail added: "Once all lines have reopened, it is anticipated that disruption to journeys will continue until the end of service due to train crew and trains in the wrong locations.

"Trains that do run are expected to be busier than normal, so travel should be considered for later in the day or on Monday where possible."

People with tickets to travel on Sunday have been told that they will be accepted on Monday instead.

Train operated by Virgin West Coast, London Midland and London Overground start and finish at the station – including services connecting the capital with Birmingham, Liverpool, Manchester, Glasgow and Edinburgh.

According to statistics from the Office of Rail and Road, Euston is the fifth busiest station in Britain – racking up 44 million entries and exits in 2016-17.

The cause of the damage to the overhead wires is yet to be determined. 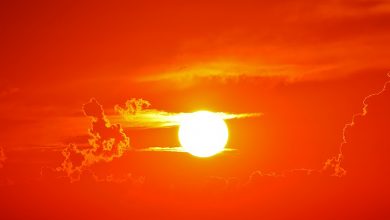 Is the UK Getting Hotter and What Causes Heatwaves?