Google is being taken to court, accused of collecting the personal data of millions of users, in the first mass legal action of its kind in the UK.

It focuses on allegations that Google unlawfully harvested information from 5.4 million UK users by bypassing privacy settings on their iPhones.

The group taking action – Google You Owe Us – is led by ex-Which director Richard Lloyd.

He estimates affected users could be paid "a couple of hundred pounds each".

The case centres on how Google used cookies – small pieces of computer text that are used to collect information from devices in order to deliver targeted ads.

The complaint is that for several months in 2011 and 2012 Google placed ad-tracking cookies on the devices of Safari users which is set by default to block such cookies.

The Safari workaround, as it became known, affected a variety of devices but the UK case will focus on iPhone users.

Mr Lloyd said: "In all my years speaking up for consumers, I've rarely seen such a massive abuse of trust where so many people have no way to seek redress on their own."

He added: "Through this action, we will send a strong message to Google and other tech giants in Silicon Valley that we're not afraid to fight back."

Mr Lloyd said Google had told him that he must "come to California" if he wanted to pursue legal action against the firm.

"It is disappointing that they are trying to hide behind procedural and jurisdictional issues rather than being held to account for their actions," he said.

Google told the BBC: "This is not new – we have defended similar cases before. We don't believe it has any merit and we will contest it."

Those affected do not have to pay any legal fees or contact any lawyers as they will automatically be part of the claim, unless they wish to opt out.

The case is being supported by law firm Mishcon de Reya, which specialises in large-scale litigation.

Although there is no precedent for such a mass legal action in the UK, there is in the US.

The firm also settled out of court with a small number of British consumers.

The case will be heard in the High Court, likely in spring 2018. 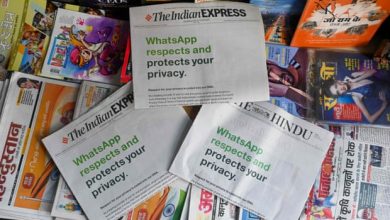