SAN ANTONIO — The Memphis Grizzlies hope a new coach will help them reset their season when they face the San Antonio Spurs on Wednesday at the AT&T Center.

After eight consecutive losses, something had to change for the Grizzlies. On Monday, Memphis fired coach David Fizdale and named J.B. Bickerstaff as the interim head coach.

Bickerstaff, who served as the Grizzlies’ associate head coach, posted a 37-34 mark as an interim coach with Houston in 2015-16 after stints as an assistant with the Rockets, Bobcats and Timberwolves.

“After a thorough evaluation, I decided a change in course was necessary to move forward and provide the team and organization its best chance at success this season and beyond,” Grizzlies general manager Chris Wallace said in a prepared statement. “Coach Fizdale represented the Grizzlies and City of Memphis proudly, and we wish him well as he continues his career.”

Memphis lost at home to the Brooklyn Nets 98-88 on Monday as Fizdale benched center Marc Gasol, the team’s leading scorer and rebounder, in the fourth quarter. Gasol and reserve guard Tyreke Evans had 18 points each to pace the Grizzlies, but Gasol scored only two points in the second half. Memphis shot 25 percent in the third period and fell behind by 19 points.

Fizdale, who feuded with Gasol since he became coach of the team before last season, said he sat Gasol and stayed with several of the reserves because the second unit “was the only group that could get anything going.”

In the Monday defeat, Memphis played its sixth straight game without injured starting point guard Mike Conley. The Grizzlies (7-12) are 0-6 since Conley went down with an Achilles injury, and their eight-game losing streak is their longest swoon in eight years.

Gasol said Tuesday that he didn’t speak out against Fizdale to management or demand his firing.

“No — not at all,” Gasol said. “Nobody likes to see a coaching change during the season. I was a little bit shocked by it. There’s nothing I can do about that. All I can do is win, own my part and accept the responsibility of why we have the record we have right now. I’ve got to try to keep the guys together.”

San Antonio stays at home to host the Grizzlies after beating the Dallas Mavericks 115-98 on Monday behind LaMarcus Aldridge’s 33 points and 25 from Pau Gasol, both season highs.

Aldridge and Pau Gasol (Marc’s older brother) dominated the smaller Mavericks’ frontcourt and helped the Spurs (13-7) overcome a putrid second-quarter stretch that saw them fall behind by as many as 13 points.

“Our game plan is always to try to take advantage of our strengths, and tonight we did a good job of staying big,” Pau Gasol said. “We don’t do that very often — we start big but don’t finish big. In the second half, we sharpened up a lot, and overall it was a great effort, a great win. Let’s see if we can continue to build on it.”

The game included the return to the court by San Antonio’s 35-year-old point guard, Tony Parker, who missed the first 19 games of the season because of a quad injury he sustained in the playoffs last season. Parker scored six points on 3-of-7 shooting and added four assists in 15 minutes.

“I felt great,” Parker said. “It’s been two weeks that I felt I could come back, but I was just waiting to be sure. I didn’t want any setbacks. I felt like I had my energy and I tried to do my best to help the team.”

The Wednesday game is the first of back-to-back contests between the two teams, with the rematch set for Friday in Memphis. 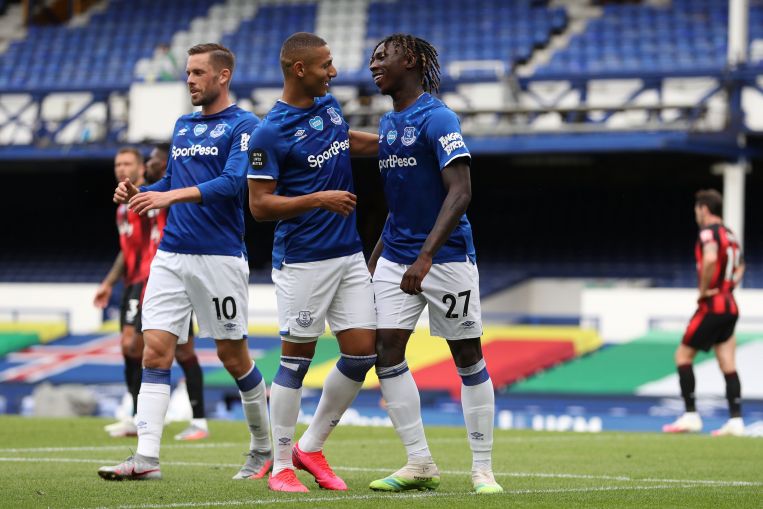 Everton and Spurs set to battle for European spot