A legal precedent will be set over the extradition of a man with Asperger's accused in the US of hacking government computer systems.

Lauri Love, 32, is appealing to the High Court to overturn a decision to extradite him to face accusations of carrying out "a series of cyber attacks against the websites and computer systems" of organisations in the military, public and private sectors.

The result of the hearing will set important case law regarding the UK's extradition treaty with the US, and is before the Lord Chief Justice, Lord Burnett of Maldon, and Mr Justice Ouseley.

According to three indictments filed against Mr Love in the US, his actions were undertaken as part of a series of online protests called #OpLastResort.

They were described as acts of "digital civil disobedience" by MPs, who have written to both Theresa May and the Attorney General to express their concern about his extradition.

::May under pressure to stop extradition of hacking suspect

In September 2016, a District Judge ruling agreed that Mr Love – who suffers from mental health disorders including Asperger's Syndrome and depression – would be at severe risk of suicide if extradited, but said that sufficient arrangements could be made between the UK and US to prevent this taking place.

Mr Love's defence had argued that his extradition should be prevented by reason of the "forum bar" of the Extradition Act 2003, something introduced by Mrs May in 2013 after she personally blocked the extradition of Gary McKinnon – another alleged hacker with Asperger's Syndrome – because his mental conditions would make such an extradition a breach of his human rights.

During Wednesday's hearing, the appellants said that even if Mr Love were subject to constant suicide watch – which three experts attested could not prevent suicide in situations such as his – the "mere fact of extradition" would cause serious and permanent deterioration in his mental health, Mr Edward Fitzgerald QC said.

Mr Peter Caldwell QC, representing the US Government, noted the evidence which the District Judge had received that "no one commits suicide on suicide watch" and submitted a "more restrictive approach" to the forum bar to the Justices.

Mr Caldwell said that the forum bar itself wouldn't have prevented extradition in the case of Mr McKinnon, and said that the weight of the judge's decision should fall on where the harm of a crime took place rather than a defendant's connection to the UK.

Mr Fitzgerald told the court that it was normal for hackers to be tried in the UK, even if the alleged conduct took place in the US, and noted that justice had been successfully achieved on more than a dozen such occasions.

"Our courts have judged our citizens and punished them according to our values," said Mr Fitzgerald.

Mr Caldwell responded to say that the difficulties of transporting witnesses and evidence to the UK, as well as the fact that the harm of the alleged conduct was exclusive to the US, meant that it was in the interest of justice that the US was the jurisdiction for the trial.

"If he's dead, putting it bluntly, no victims are going to get any benefit from a trial," Mr Fitzgerald told the court.

Mr Caldwell said that the US was very conscientious towards the suicide risk and was not negligent in that regard.

Snapchat update: Is the app going to change back to the old design? 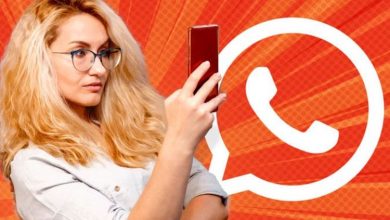 Missed a call on WhatsApp? Update your app and it won’t be a problem