SAN FRANCISCO — The conventional wisdom about the tech industry’s relationship with Donald Trump is that it’s a street brawl, with Silicon Valley’s liberal CEOs clashing with the president on everything from immigration to climate change to transgender rights.

But the reality is that Silicon Valley is getting much of what it wants.

Trump and congressional Republicans are speeding ahead with a tax overhaul that would bring huge benefits for wealthy tech giants and their executives. A White House office headed by Trump son-in-law Jared Kushner is opening the door to companies like Amazon and IBM gaining a greater share of the federal government’s multibillion-dollar information technology budget.

And the administration’s proposed NAFTA rewrite, criticisms of China’s tech policies and efforts to champion computer science education could also bolster the industry’s bottom line — as has the surging stock market that the president touts at every opportunity.

These successes have flown under the radar amid the furor over social media’s role in enabling Russia to meddle in the 2016 election, a public relations nightmare for an industry that has long viewed itself as a force for good and grown accustomed to deferential treatment in Washington. But behind the scenes, tech companies and their formidable lobbying operations have forged alliances at the White House and in Congress that benefit Silicon Valley — and its continued ability to generate sky-high profits.

Meanwhile, Congress has shown no real appetite for the harsher repercussions that some people have floated for the industry, such as breakups of tech giants or strict regulations on online political ads.

Amid the volatility of the Trump era, the industry has embraced the opportunity to shape the administration’s thinking and playbook

“There are more wins for tech than many would have expected and more than reading the papers generally would suggest,” said Ted Ullyot, a partner at the venture capital firm Andreessen Horowitz who formerly served as general counsel of Facebook and as a White House official under President George W. Bush.

Without question, Washington would have been a more predictable, and perhaps more comfortable, environment for tech companies had Hillary Clinton won last year’s election. There’s little chance, for example, that the FCC would be trying to repeal the net neutrality rules that companies like Netflix and Reddit say are crucial to a level playing field on the internet. But amid the volatility of the Trump era, the industry has embraced the opportunity to shape the administration’s thinking and playbook.

In doing so, tech is showing signs of becoming a mature industry in the vein of oil or pharmaceuticals, using its influence to mold policy even as it takes hits in the public arena.

One prime example of where Silicon Valley, Trump and Republicans in Congress have found common ground is on overhauling the U.S. tax code.

Tech companies have marshaled hundreds of lobbyists to press their tax priorities and say they’re pleased with the direction of GOP tax reform effort, particularly a provision that would let them bring their huge stashes of overseas money back to the U.S. at a reduced tax rate. Apple, Google, Microsoft, Qualcomm and Cisco are among the firms with billions of dollars parked in foreign banks. Apple alone counts more than $250 billion in cash and securities abroad as of Sept. 30.

Apple CEO Tim Cook, in a recent television interview, sought to create a sense of urgency around corporate tax cuts: “In my view, it should have been fixed years ago,” he said. “But let’s get it done now.” 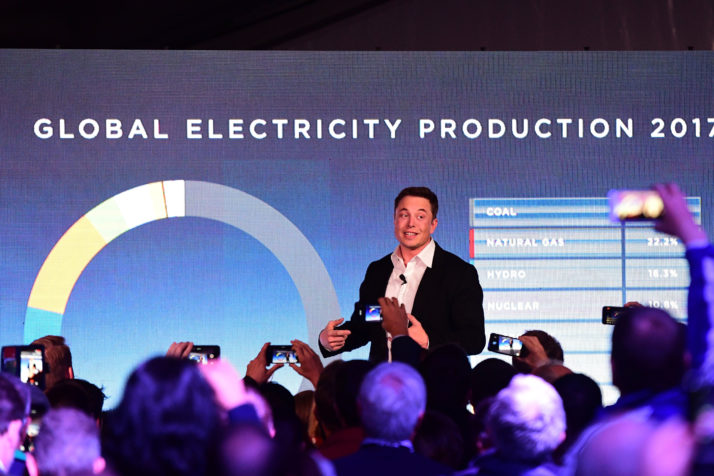 The industry still has some quibbles with the tax reform effort, including a provision in the House bill that would impose an excise tax on products imported by multinational companies. But tech firms say overall they’re thrilled with the degree to which they’re being heard. The Senate recently dropped a proposed change to taxing stock options that many tech executives warned would make it hard to attract talent.

“If tech were to get a win on tax reform this year, if it were done right and signed into law, that would probably make it a good year,” said Andy Halataei, senior vice president of government affairs for the Information Technology Industry Council, which represents companies like Google, Microsoft, IBM and Oracle.

Meanwhile, the White House has made a priority of modernizing the U.S. government’s creaky IT systems, an initiative that could bring increased spending on services like cloud computing offered by Amazon, Google and Microsoft. And Trump’s executive orders on funding computer science education, expanding apprenticeship programs and accelerating drone testing all serve tech’s business interests.

Such policy wins contrast with Silicon Valley’s string of public confrontations with Trump. The industry’s leading executives have condemned the president’s efforts to bar people from some majority-Muslim countries from traveling to the U.S., withdraw from the Paris climate change accord and ban transgender people from serving in the military, to name just a few.

The discussions with the administration continued — out of the public glare

“Our employees are looking for people to lead,” eBay CEO Devin Wenig told an Internet Association conference in San Francisco earlier this month. “When outrageous statements are made publicly or things that seem to undermine core values, they’re looking for somebody to stand up and say that’s not OK.”

But Wenig distinguished between issues that touch the industry’s business interests, such trade deals, and those that may have an indirect impact, such as LGBT rights. He said CEOs can agree with the administration on the former and still disagree on the latter — a form of compartmentalization that has become the industry’s modus operandi since the 2016 election.

Trump hasn’t made it an easy balancing act. Tech executives like Travis Kalanick of Uber, Elon Musk of Tesla and Ginni Rometty of IBM joined Trump’s CEO advisory councils, but they each wound up withdrawing as controversies piled up and their cooperation with the president drew criticism from customers and employees. Kalanick pulled out in February after the ban on Muslim travelers, Musk did the same in June following the Paris climate decision, and Rometty departed in August along with other CEOs after Trump’s remarks about racially charged violence in Charlottesville, Va.

In practice, that meant that Silicon Valley was no longer enthused about taking part in public White House roundtables, like one in June with Apple’s Cook, Amazon CEO Jeff Bezos and Microsoft CEO Satya Nadella. But the discussions with the administration continued — out of the public glare.

“What we moved away from was the political nature of public involvement, kind of ‘photo opportunity’ council meetings, because those became too politicized and no longer could be a frank exchange of ideas,” Reed Cordish, the president’s assistant for intragovernmental and technology initiatives, said at the Internet Association conference.

“What’s been clear over the last 11 months is that when we are focused on policies that the tech community feels [are] right, feels brings the country forward, feels helps them add jobs and innovate, they’re right there to support them,” he continued.

The industry says it’s encouraged by how seriously the Trump administration is working to change how the government buys technology. Key to that effort is the White House Office of American Innovation, headed by Kushner, which released a plan in August to shift federal agencies to more modern technologies.

The U.S. spends about $82 billion on IT products and services per year, but much of that goes to traditional D.C.-based contractors, and Silicon Valley has complained it’s too complicated and frustrating to sell its cutting-edge products to the feds. If the government does reform how federal agencies buy technology, it could benefit companies like Oracle, Amazon, IBM and Microsoft that sell everything from networking equipment to productivity software to cloud computing services.

The industry also gives high marks to a bipartisan bill, championed by the White House and making its way to the president’s desk, that would give chief information officers of federal agencies a new fund they can use to pay for upgrading their legacy technology systems.

Silicon Valley has scored as well with the White House campaign to promote computer science and coding. While interest in the STEM fields — science, technology, education and math — has grown in Washington in recent years, the tech industry has cheered the Trump administration for throwing its weight behind the “T.” In September, Trump issued an executive order directing the Education Department to award at least $200 million a year in STEM grants, “including computer science in particular.”

“A tech CEO ultimately has to be pretty practical on these things” — Nick Sinai, a partner at Insight Venture Partners

“A tech CEO ultimately has to be pretty practical on these things,” said Nick Sinai, a partner at Insight Venture Partners in Boston who served as President Barack Obama’s deputy chief technology officer. “They have to live their values, but most of them also believe it makes sense to engage the federal government to some degree.”

But Sinai said the Trump administration so far has a “pretty lousy record on a number of these longer-term but really fundamental issues,” such as research funding and immigration, that will be key to the tech industry’s future success.

Immigration has been a particular sticking point — but even there, friction is just part of the story.

Tech firms have been at the forefront of the fight against Trump’s repeal of the Deferred Action for Childhood Arrivals program and the International Entrepreneur Rule, which grants temporary stays to immigrants with promising business ideas. But on the issue of H-1B visas — which arguably has a more direct impact on the industry — Trump has pushed for reforms that may ultimately benefit the biggest tech firms, by restricting the visas to workers with in-demand skills that command high pay.

Even when Congress takes a stab at regulating the tech industry, Silicon Valley has so far managed to blunt some of the impact. A bipartisan bill to require new disclosures for online political ads — including who paid for them — has languished since its introduction, with Senate Majority Leader Mitch McConnell saying he’s “skeptical” of such proposals. The tech industry also managed to negotiate some key concessions in the Senate version of an anti-sex trafficking bill that Silicon Valley companies have warned could spark a wave of litigation. 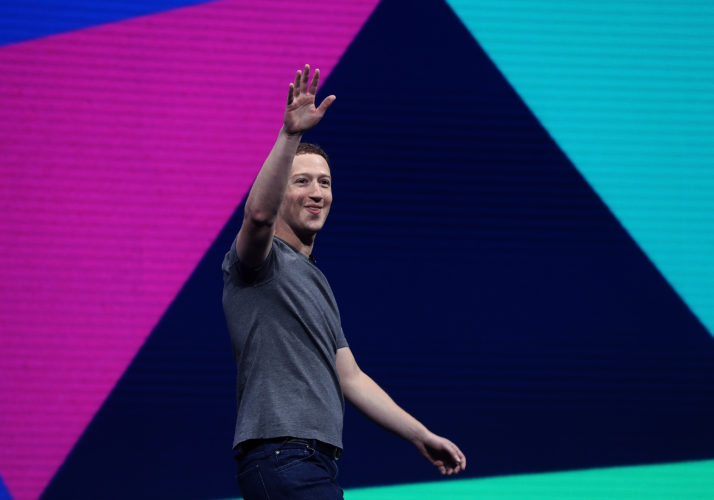 On trade, the Trump administration’s priorities in the NAFTA renegotiation got a tech-friendly update earlier this month. The U.S. is seeking guarantees that Canada and Mexico won’t require tech companies to turn over sensitive algorithms or impose rules that make them vulnerable to lawsuits over content posted by users.

Similarly, the industry largely applauds steps the administration has taken to investigate China over its actions on the American tech industry, including requiring the companies to hand over trade secrets in return for being allowed to operate in the Chinese market.

For the tech industry, some of the president’s most offensive moves — such as the travel ban and the withdrawal from the Paris climate accord — are hung up in court or years away from taking effect. The more immediate effect of the Trump era has been a stock market boost. Since Trump’s election as president, what investors call the FANG stocks — Facebook, Amazon, Netflix and Google — have increased an average of nearly 60 percent, resulting in a market capitalization increase of more than $600 billion for the four companies, according to investment research firm Morningstar Direct.

“Soon after the election and at the beginning of the administration, it was unknown how much the White House would engage with the tech sector,” said TechNet CEO Linda Moore, whose group represents companies like Apple, Google and Microsoft. But, she said, it quickly became clear the industry had an opening: “With a relatively new team in the White House and in the agencies, that opportunity was there and we seized it.”

Tesla files lawsuit against former employee who hacked its systems