It's a sight few — including Manning himself — could have envisioned heading into this week: relegated to the scout team, splitting reps with rookie Davis Webb.Follow @cnnsportGiants head coach Ben McAdoo shocked the NFL world Tuesday, announcing that he will start Geno Smith at quarterback for Sunday's game against the Raiders.It snaps Manning's streak of 210 consecutive regular-season games, the second-longest by a quarterback in NFL history behind Brett Favre (297)."It's hard," Manning, who visibly was emotional, said Tuesday. "It's been a hard day to handle this. But hang in there and figure it out."Manning said McAdoo gave him the opportunity to start while Smith and Webb would also get to play, but he felt that starting just to keep his streak going and knowing he wouldn't finish the game felt "pointless.""I mean, I just didn't think that you start knowing that you're going to come out of a game to keep a streak alive, maybe," Manning said."That's not what it's about. It's not a preseason game where you're going to play the start to the half, what's the next week? A quarter, a series, that's not fair. That's not fair to me, that's not fair to Geno, that's not how you play."You play to win. You're named the starting quarterback, you think it's your job to go win the football game. When you know you're just going to play a little bit, I didn't feel like that was the right way to play."

Manning had started every Giants game since November 21, 2004, dating back to his rookie season — where he was the No. 1 overall pick in the draft — when he took over for Kurt Warner. He led the Giants to two Super Bowl titles, both against the Patriots.The Giants are 2-9 this season. McAdoo cited being out of contention and evaluating his roster — including at quarterback — as the reason for the change. Manning, who has 14 touchdown passes to seven interceptions this season, will turn 37 on January 3."Well, I have a lot of confidence in Eli as a player, as a quarterback," McAdoo said. "But at this point, it's my responsibility for the organization to make sure we take a look at Geno and at some point take a look at Davis and give them the opportunity to show what they can do heading into next year."So is this the end of Manning in a Giants uniform? "No," McAdoo said, though his decision was questioned by current NFL players and alumni, who lit up social media reacting to the news."One guy should not be demoted because of a TEAMS effort and lack production," former safety Antrel Rolle posted on Instagram. "If Eli gets demoted then the entire team should be demoted."Former Giants offensive lineman David Diehl tweeted: "I'm absolutely speechless. I've watched every game and have sat through this rough Giants season and this what you do to a man who has lead this team for 210 straight games."Chargers quarterback Philip Rivers, who was traded for Manning on draft day in 2004, weighed in Wednesday."I honestly thought it was pathetic, really," Rivers said to reporters. "He's been out there 210 straight games, with no telling how many bumps and bruises and injuries for his team. He won two Super Bowl MVPs."And with the respect he's had in the locker room over the years — really, the respect he's gained throughout the league — you feel like the guy's earned the opportunity."If they are deciding in fact to go another direction, I feel like he's earned the opportunity to finish off these last five weeks."

Smith becomes the Giants' first black starting quarterback in franchise history, making the Giants the final team in the NFL to do that. Smith also started 30 games in his four seasons with the Jets."Geno looked sharp today," McAdoo said Wednesday. "He's working hard at it. The communication part of things are early and the down when the ball is snapped — he knows where he wants to go with the ball. He's decisive and I'm excited to watch him play."I feel we have a game plan in place where we feel Geno can give us a chance to be successful and win the ballgame on Sunday." 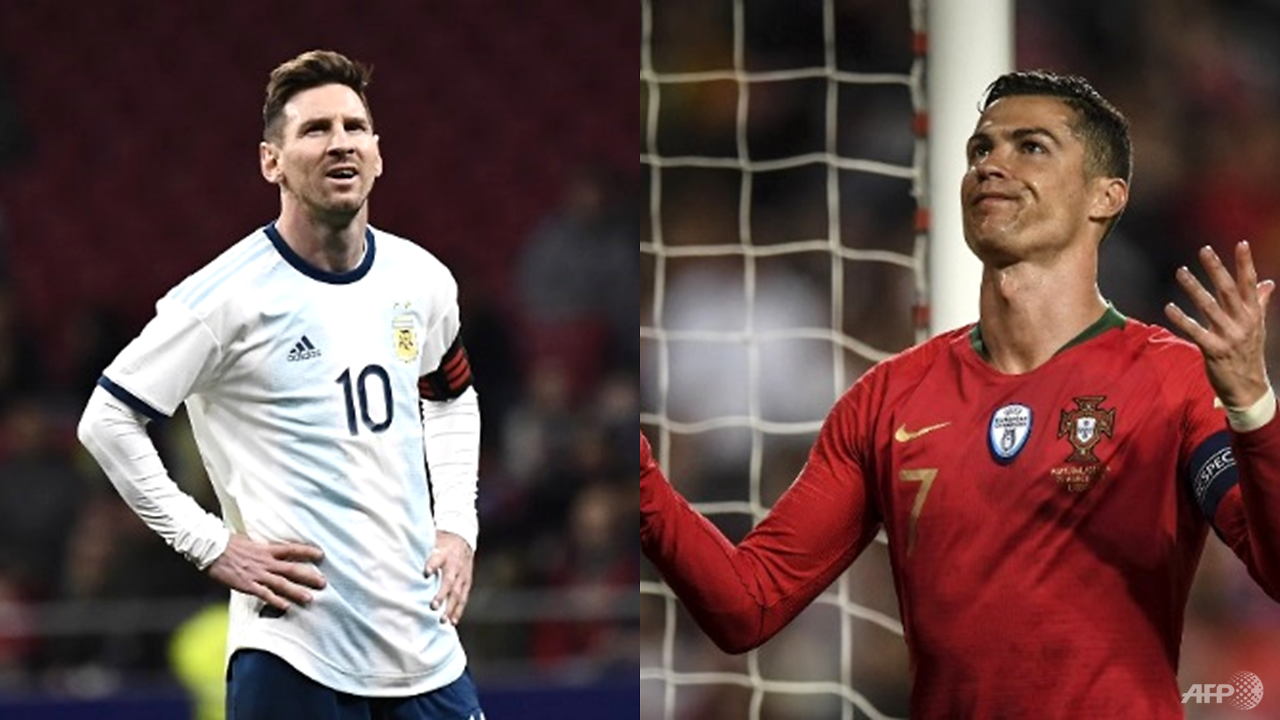 Commentary: Messi and Ronaldo are the best ever. We will not see any more like them

Once were amigos: Kurtley Beale on the return of James O’Connor