A man accused of hacking US government computers faces a wait to find out if he has successfully challenged a ruling that he can be extradited to America.

At a High Court hearing which began on Wednesday, senior judges were told that Lauri Love, who has Asperger syndrome, was at severe risk of committing suicide if extradited.

Concluding Thursday's much shorter hearing, the Lord Chief Justice, Lord Burnett of Maldon, said he and Mr Justice Ouseley reserved their judgments and would "take our time" to consider whether Mr Love, a 32-year-old with autism and depression, should face trial in the US.

Their considerations will set the precedent for how courts interpret a legal protection against extradition called the "forum bar" which was introduced by Theresa May in 2013 after she blocked the extradition of Gary McKinnon; also an alleged hacker with Asperger syndrome.

As the Home Secretary, Mrs May said McKinnon's mental condition meant his transfer to US custody would have been in breach of his human rights – an assessment the forum bar leaves to the judiciary.

In September 2016, Mr Love was told by a District Judge that his case did not meet the requirements of the forum bar. That his appeal was heard by the Lord Chief Justice of England and Wales is significant of the case law which will be established.

Mr Love's case forms the first substantive test of the new law, which Mr Alex Bailin QC – intervening for Liberty – told the court seems to have never been used in the four years it has been law.

The barristers submitted arguments regarding whether it would be in the interests of justice for Mr Love to be tried in the UK or the US.

Mr Edward Fitzgerald QC told the court that Mr Love was not seeking immunity, but that if he was transported to the US there was a significant risk he would not be fit to be tried.

"If [Lauri Love is] dead, putting it bluntly, no victims are going to get any benefit from a trial," Mr Fitzgerald told the court.

Mr Peter Caldwell QC, representing the US Government at the hearing, said that the forum bar itself wouldn't have prevented extradition in the case of Mr McKinnon.

He said that the US was very conscientious towards the suicide risk and was not negligent in that regard.

Opening the hearing on Thursday, Mr Fitzgerald submitted to the court that the intention behind the forum bar was to provide judicial protection against the inappropriate extradition of British citizens when a substantial part of their conduct occurred in the UK.

Mr Caldwell rose to submit to the court that the UK could seek an undertaking from the US that if Mr Love was found unfit to plead because of the issues cited he could be returned home.

The Lord Chief Justice and Mr Fitzgerald rapidly agreed that such an undertaking would occur after the harm caused by extradition had taken effect.

The Justices said that judgment had been reserved and would be handed down at a later date, expected to be before the end of February 2018.

Outside of the Royal Courts of Justice in central London, Lauri Love's father, the Reverend Alexander Love, said: "To be born in this country here is to win the lottery of life.

Mr Love himself, wrapped in a thick scarf and woolly hat in the bitter cold, thanked those who attended to offer support and expressed his gratitude for those who have taken an interest in his case.

Bitcoin ‘will go up tenfold by the end of next year’ 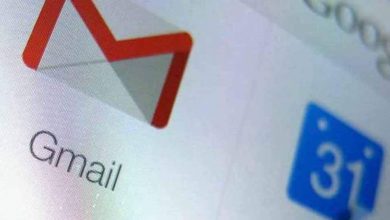 Profile protection: How to preserve your digital reputation