The youngest patient on the UK transplant waiting list, an eight-week old baby, has received a new heart.

A Europe-wide appeal to help Charlie Douthwaite, who was born with half a heart, was launched last month.

His mother, Tracie Wright, thanked the donor family for giving Charlie "a second chance at life".

"They've given my baby a second chance at life and for that I'll be forever grateful," she said.

"His skin colour is amazing – he was so blue all the time to being so peachy and pink. Perfect.

In an earlier Facebook post, she said: "Hi, just wanted to let you all know that Charlie received his heart and has had his transplant.

"It hasn't quite sunk in that out there somewhere an amazing family gave us that amazing priceless most precious gift that could ever be given, in their darkest time they still thought of someone else.

"They're such special people.

"Thank you just doesn't seem like a big enough word to say to them.

"He's done well so far we couldn't be any more proud of him he's a real life hero, our little warrior."

Charlie had to have open heart surgery when he was three days old after being born weighing just 6lbs 5oz at the Royal Victoria Infirmary in Newcastle.

Dr Zdenka Reinhardt, a cardiologist at the Freeman Hospital, said he had been "extremely lucky considering his condition and his size".

Doctors hope he will be well enough to leave hospital in the new year.

Harry and Meghan: From first date to stepping back as senior royals

Iranian migrants rescued after two days in dinghy off Kent 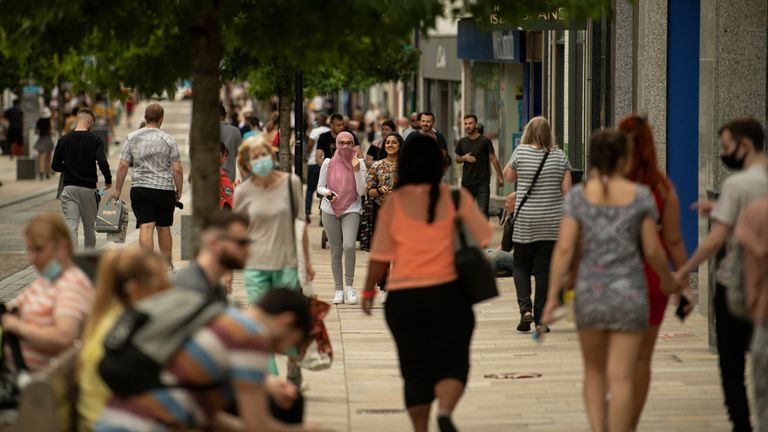 Lancashire expected to be placed under tighter lockdown measures