North Korea's latest intercontinental ballistic missile test demonstrates a number of things that are not good news for anyone hoping to prevent the country from becoming a global nuclear power. The missile, called the Hwasong-15, flew high enough (more than 4,400 kilometers, or 2,700 miles—more than 10 times the altitude of the International Space Station) and long enough (54 minutes) to demonstrate that it was capable of delivering a nuclear warhead to anywhere in the United States.

The Hwasong-15 is essentially equivalent to the US' Titan II. It is an immense, liquid-fueled missile, much larger than North Korea's Hwasong-14 ICBM. The 15 appears to use two engines on its first stage as well as an enlarged second stage, according to Kim Dong-yub, an analyst at the Institute for Far Eastern Studies in Seoul. While it only flew about 960 kilometers (600 miles) over the ground, David Wright, a physicist with the Union of Concerned Scientists, estimated the Hwasong-15 would have a range of 8,100 miles (13,000 kilometers) in normal flight.

"We do not know how heavy a payload this missile carried, but given the increase in range, it seems likely that it carried a very light mock warhead," Wright said in a UCS blog post. "If true, that means it would be incapable of carrying a nuclear warhead to this long distance, since such a warhead would be much heavier."

But even if the Hwasong-15 were to have a shorter range with a full warhead, the missile could still, in all likelihood, reach much of the US mainland. The distance from Pyongyang to Washington, DC, is roughly 10,000 kilometers.

Another disconcerting fact about the Hwasong-15 is that it was launched from a mobile platform outside of Pyongyang. The missile is obviously heavy—it required a gargantuan nine-axle transporter-erector-launcher (TEL) to carry it. That limits its mobility to well-paved roads, of which North Korea has few. According to an article by Mark Fitzpatrick and Michael Elleman of the International Institute for Strategic Studies, North Korea has only 724 kilometers (about 450 miles) of paved roads—not all of which would be able to support a nine-axle vehicle carrying an ICBM. Still, the Hwasong-15 could be launched from any number of locations and kept concealed in tunnels before launch, making preventing a launch more difficult.

The bottom line is that, despite sanctions, North Korea—which had an economy a 10th of the size of the US government's annual debt payments even before the latest round of sanctions—has successfully acquired the engineering and manufacturing technologies required to produce these missiles. Many of the component technologies supporting the development of the Hwasong-15 are "dual-use" technologies—materials and manufacturing technologies, vehicles, and computers—that North Korea has obtained through trade with China and other nations.

While North Korea claims that the nine-axle transporter-erector-launcher (TEL) vehicle that carried and launched the Hwasong-15 was built domestically, it is visibly similar to the eight-axle TEL used for the Hwasong-14—which appeared to be a conversion of Chinese trucks used for hauling timber. And it's clear that some aerospace technologies, such as the engine designs used in other missile tests and the "cold launch" capability used by North Korea's successful submarine-launched and solid-fueled intermediate range ballistic missiles, came from other countries—either through illicit trade or espionage.

North Korea has likely already deployed a small but mobile intermediate-range nuclear force and is now poised to field an ICBM force—and there is practically nothing that the US can do about it at this point. The US may be forced into accepting that North Korea now has a nuclear deterrent of its own, and the regime of Kim Jong Un will likely use this new reality for leverage against the US as it attempts to isolate the US from its South Korean and Japanese allies.

The Bank of England is setting up its own fintech hub 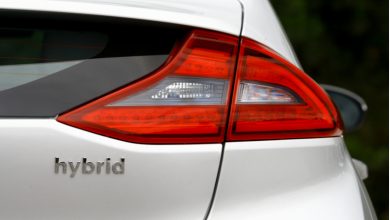 How do hybrid cars save energy?