Manchester United boss Jose Mourinho expressed relief after his side withstood a second-half fightback to cure their away-day blues with victory over Watford.

An early double from former Watford winger Ashley Young and Anthony Martial’s strike had United cruising, before Troy Deeney, with a penalty, and Abdoulaye Doucoure hinted at a comeback until Jesse Lingard’s solo goal settled matters.

United had failed to win any of their previous three Premier League matches on the road, while they also suffered a Champions League defeat in Basel last week, although victory temporarily closed the gap to leaders Manchester City to five points.

“It’s important we have three wins in a row,” said Mourinho. “Nine points in three matches is good, and away from home we lost against Chelsea, drew with Liverpool and lost to Huddersfield. We needed to win here and we did well.

“In the second-half we should have been five or 6-0, it was easier to score than the first. We missed chances. They had nothing to lose and could play the way they do. We should be smoking cigars but then were in trouble.”

United took a 19th-minute lead when Young struck a first-time half volley, which sailed past Watford goalkeeper Heurelho Gomes at his near post, after the ball had flicked up off defender Kiko Femenia.

Young doubled his own and United’s tally six minutes later as he whipped a stunning 25-yard free-kick over the Watford wall and into Gomes’s top corner after Paul Pogba had been fouled following a surging run upfield.

The goals kept flowing and United all but secured maximum points shortly after the half hour mark when an errant Christian Kabasele header was met with a cushioned pass from Pogba, which freed Martial and the Frenchman swept home.

Richarlison clipped the top of the crossbar with a header on the stroke of half-time before Watford were given a lifeline on 77 minutes when Rojo tripped Pereyra and Deeney fired home the resultant spot-kick.

Doucoure set United nerves jangling by turning home Andre Carrillo’s cross before Lingard ensured maximum points for the visitors by running from his own half, scything through Watford’s porous defence and firing low past Gomes. 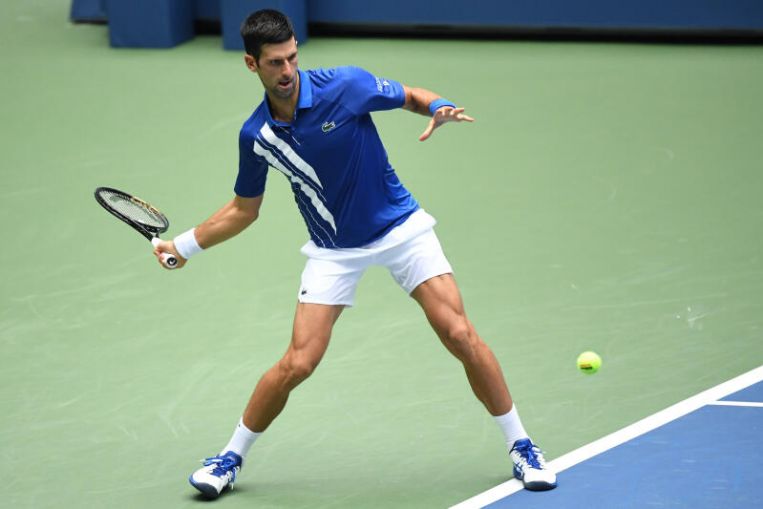