Scarlet fever hit its highest level in England for 50 years, with more than 17,000 cases reported in 2016 – research in the Lancet shows.

The disease has been on the rise since 2014, but experts have so far failed to find a reason for the recent increase.

Doctors are urging the public to be aware of symptoms, which include a rosy rash, and seek help from their GP.

Data for 2017 suggests the rate may be falling, but experts remain cautious, saying it is "too early to tell".

The bacterial disease, though highly contagious, is not usually serious and can be treated with antibiotics.

It is most common among children under 10.

A joint investigation by public health authorities from across England and Wales found that the incidence of scarlet fever tripled between 2013 and 2014, rising from 4,700 cases to 15,637 cases.

The majority of the outbreaks were in England.

"We are concerned – it's quite a dramatic rise," said Dr Theresa Lamagni, head of streptococcal surveillance at Public Health England, who led the study.

"We've always seen cases of scarlet fever – it's just the scale in the past has been much lower than the last few years."

Scarlet fever is caused by bacteria known as group A streptococcus, and it is spread through close contact with people carrying the organism – often in the throat – or through contact with objects and surfaces contaminated with the bacterium.

Symptoms include a sore throat, headache and fever, accompanied by a red rash that is rough to the touch (sometimes described as 'like sandpaper').

Scarlet fever was a common cause of death in the Victorian era, but had largely been in decline since the introduction of antibiotics.

However, prompt treatment remains essential to prevent both the spread of the disease and the risk of further complications such as pneumonia and liver damage.

Anyone diagnosed with scarlet fever is advised to stay at home until at least 24 hours after the start of treatment to avoid passing on the infection.

There is no vaccine against the disease and all cases must be reported by doctors to the local health authority.

Dr Lamagni described the soaring number of cases of scarlet fever as "baffling", adding that no underlying causes had been identified.

Molecular genetic testing has ruled out a newly emerged strain of the infection, nor was there any suggestion that the disease had become resistant to the penicillin normally used to treat it.

She stressed that cases of the disease are "not any more serious than previously – it's just a question of scale".

Several countries in East Asia have also reported an escalation over the past five years, including Vietnam, China, South Korea, and Hong Kong – but there appears to be "no clear connection" between them and England.

Typically, natural cyclical patterns of scarlet fever incidence occur every four to six years – the dip in 2017 suggests the cycle may have peaked in 2016.

A total of 620 outbreaks of the illness were reported in 2016, mostly in schools and nurseries.

About one in 40 cases is admitted to hospital, although just over half are discharged the same day.

"We encourage parents to be aware of the symptoms of scarlet fever and to contact their GP if they think their child might have it," said Dr Lamagni. 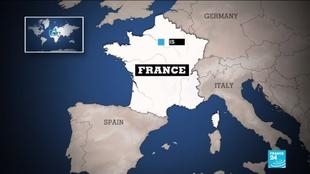