A vibrant sisal plant in a public cemetery on the outskirts of Nanyuki in Kenya marks the grave of Agnes Wanjiru, the woman allegedly murdered by a British soldier in March 2012.

It is easy to miss the grave due to heavy undergrowth in the unkempt cemetery.

But Wanjiru is not resting in peace. Recent media reports claiming that a British soldier had confessed to a fellow squad member to killing the 21-year-old woman and dumping her body in a septic tank at Lions Court hotel have reignited a fire that her family and friends thought was long extinguished.

The claims, and subsequent global media interest in the story, have put Rose Wanyua, Wanjiru’s eldest sister, on edge, not sure of what to make of this “new” information. She still has one question for the killer: “What did my sister do to you to deserve this?”

Wanyua is reserved, and would rather keep quiet when asked about the events that led to Wanjiru’s death nine years ago. The death, Wanyua says, affected her more than their mother’s, which occurred when Wanjiru was a small girl. “It’s painful, very painful. Shiru did not deserve to die the way she did,” says Wanyua, using a diminutive form of her sister’s name. “We will never forget her.”

She abhors the now “unanimous conclusions out there” that Wanjiru was a sex worker who frequented Nanyuki’s entertainment hotspots looking for male clients. “A friend told my sister that there was some ‘quick money’ to be made that evening if only Wanjiru joined her in entertaining the Johnnies in town. She was a hair stylist who used to make my daughters’ hair, never the prostitute as many would like the world to believe,” says Wanyua, referring to soldiers who are part of the British army training unit in Kenya (BATUK).

The family is especially appalled by the apparent cover-up of the events that led to Wanjiru’s death and the lacklustre manner in which previous investigations were conducted by those the family had put their hopes in. The family comes from a poor background – so poor that it took weeks to fundraise the 7,000 shillings needed to buy a coffin – and lacked the financial muscle to summon the strong legal representation needed to fight it out with the British government.

Wanyua and her husband, John Wachira, live in Majengo, Nanyuki, where most homes are made of rusty corrugated iron sheets and rickety wooden planks. Their one-bedroom house is dimly lit and it is difficult to make out the couple’s facial expressions. The family moved here in 2013, in an attempt to wipe out the bad memories after Wanjiru’s death. The houses contrast sharply with the high-end tourist lodges around Nanyuki, many foreign-owned, where guests pay close to a million shillings (£6,500) to spend a night.

Apart from the training carried out jointly with Kenya’s military, the UK soldiers’ development activities, including infrastructure rehabilitation and drilling boreholes in Laikipia county’s arid regions, portray them as “kind and compassionate”.

The UK government pumps an average of 7.5bn shillings annually into the Kenyan economy through British military training. The money trickles down to motorcycle riders, taxi drivers and curio dealers in Nanyuki. Part of this money, in the pockets of British soldiers, has sustained the town’s sex trade, reeling in young girls to the soldiers on a regular basis. “I don’t think the ‘business’ will stop,” says Wycliffe, a boda boda (motorcycle) rider and a former classmate of Wanjiru’s. “The girls are just lying low to let the [storm] pass.”

Others have accused the soldiers of soiling their reputation after numerous reports of “debauchery and lawlessness”, especially when dealing with locals. In March 2021, British soldiers in a training excursion were blamed for a fire that razed part of the 49,000-acre Loldaiga conservancy with one soldier reportedly writing a Snapchat post about his role in the fire. “Two months in Kenya later and we’ve got only 8 days left … been good, caused a 4.5k fire, killed an elephant and feel terrible about it but heyho when in Rome …” read the soldier’s message as reported in local and international media.

The British high commission in Nairobi promised to look into the unnamed soldier’s allegations, stating: “We are extremely concerned by a social media post by a member of the British army and it is being investigated.” The results of the investigations were never made public. Regarding Wanjiru’s murder, Jane Marriott, the high commissioner, tweeted on 3 November: “We will leave no stone unturned as we provide our full support to the investigation.”

Military chiefs in the UK have made similar pledges, with the head of the army, Gen Mark Carleton-Smith, saying: “I am sure you are all as appalled as I am at the recent allegations surrounding the murder of Agnes Wanjiru in Nanyuki, Kenya, in 2012. I want you to know I am determined we support the appropriate authorities to establish the facts of the issue as quickly as possible.”

Despite the mounting assurances, some are sceptical about justice being served for Wanjiru. “It has been nine years of complicity by different levels of authority,” says Irene Wangui, a woman in her 60s who has lived in the region for decades. “You mean nobody took note if indeed she was killed by a soldier in a hotel and thrown into a septic tank? Did the soldier carry her to the septic tank by himself?”

Wangui added: “If the reports about the manner of Wanjiru’s death are true, it confirms what we have always suspected about the young soldiers. We have heard about how they treat young women in town. But there is nothing we can do about it. Well, perhaps we should not condemn the whole army for the misdeeds of a few rotten potatoes.”

Wanjiru had a five-month-old baby girl when she died, who has been under Wanyua’s care. She is now 10 and had to undergo counselling sessions when she learned, a few weeks ago, that her mother was murdered. Wanyua goes blank when we ask her how she and her niece might feel when the face of the alleged killer is revealed for the first time. “I don’t know. I just don’t know.” 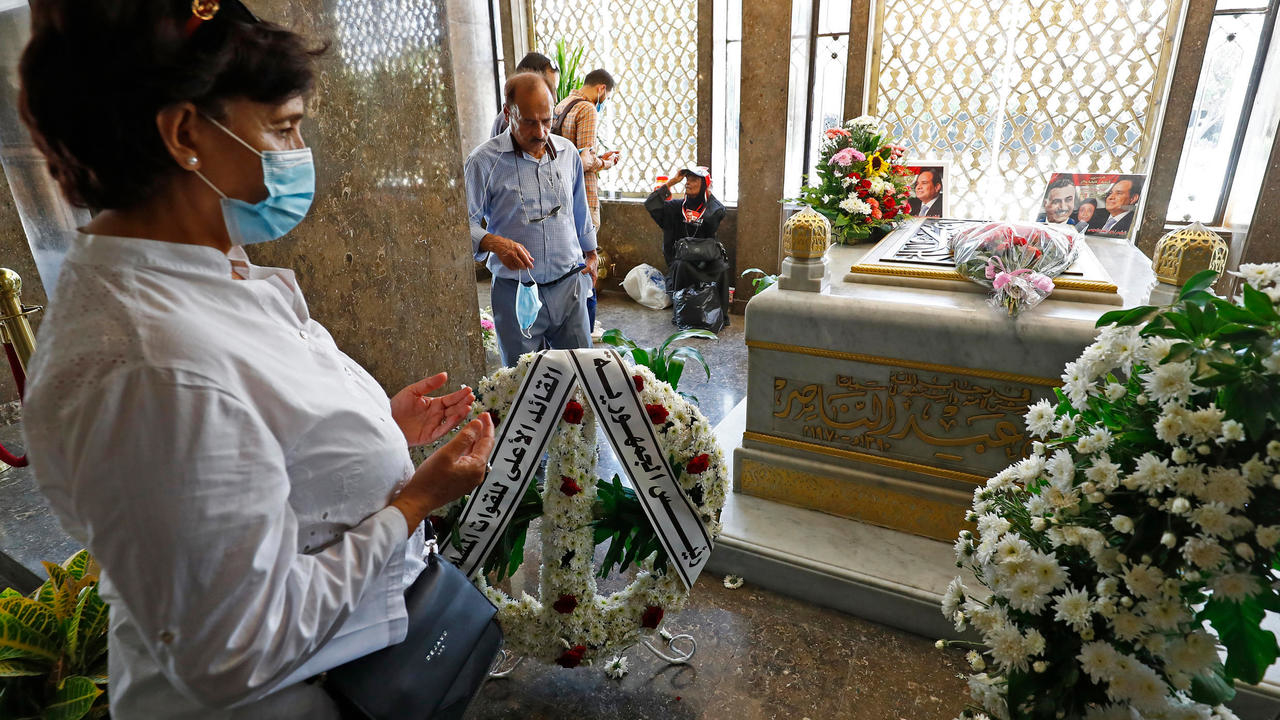 Egypts Nasser still a divisive figure 50 years after his death