Dozens of rival gang members have been sentenced to more than 300 years in prison following a major police crackdown on drugs and lethal weapons.

Officers went undercover in covert operations targeting a criminal network that was flooding the city with firearms and drugs.

They managed to recover 25 firearms, more than £250,000 in cash and several kilos of Class A drugs.

The operation was revealed when Chief Constable Simon Cole presented commendations to more than 50 police officers and staff involved this week.

Among the 32 gang members handed lengthy prison sentences were nine criminals involved in bringing guns into the county.

Between them, they were jailed for 110 years at Leicester Crown Court in January.

When is the next full moon? December's Cold Moon comes this weekend

Passing sentence at their trial, Judge Ebraham Mooncey said: ‘Each of these defendants played a part in bringing into Leicester lethal, prohibited weapons and ammunition.

‘Had it not been for the assiduous work of the police and others, items that could cause utter misery would have been at large and at some stage been used in some despicable way.’

Some of the guns seized included the Skorpion machine gun, which is capable of firing 800 rounds a minute.

The deadly weapon was specifically designed for the Czechoslovakian special forces during the Cold War.

Judge Mooncey added: ‘I’ve been shown a DVD of how such an item fires and it’s not to exaggerate it to say it was very frightening.’

Chief Constable Simon Cole added: ‘These criminals were bringing their dispute onto the streets of our city and we feared that it was only a matter of time before someone was killed.’

MORE: Man broke traffic warden’s shoulder after seeing him give ticket as he left pub

MORE: Theresa May refuses to say when half of her Cabinet will be women

Tesco boss Dave Lewis to step down next year 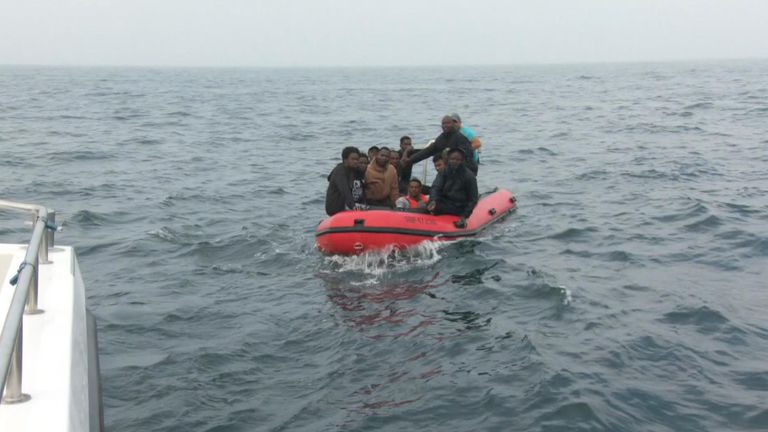