The triangular mass of land, wedged between the continents of Africa and Asia, is a violent place as ISIS holds onto a foothold in the north of the peninsula and inspires local Islamist extremist groups.No one has so far claimed responsibility for Friday's mosque attack, but it bears all the hallmarks of ISIS. Militancy in the Sinai increased dramatically after the overthrow of President Hosni Mubarak in 2011 in the Arab Spring. It was ratcheted up again in 2013 when Mubarak's successor, Mohamed Morsy, was toppled, leaving a security vacuum on the peninsula. In 2013, Abdel Fattah el-Sisi led a popular coup and launched a major, heavy-handed crackdown on jihadist groups in Sinai and other areas. He resigned from the military and was elected President in 2014 on a platform of security and stability. Egypt outlawed the Muslim Brotherhood, who led the previous government, further fueling resentment. The crackdown alienated many in the local population and violent jihadist groups started to morph. The Wilayat Sinai group emerged at the same time and pledged allegiance to ISIS in 2014. The group has been behind numerous attacks and hundreds of deaths.Wilayat Sinai took credit for a bombing on a Russian Metrojet flight in October 2015 that killed all 224 people on board.It has typically attacked Coptic Christians and security personnel.Violent Islamist extremists have also fed off the resentments of the Sinai Bedouin tribes, who have been largely ignored by the Egyptian government and been left behind as the country develops. Many Bedouin communities have no access to electricity or running water. The vast majority of Bedouin tribal leaders are against religious violence and many even combat ISIS, but some Bedouins have joined extremist groups.This poverty has also given way to a flurry of illegal activity, including drug trafficking and people smuggling.There is a sense of lawlessness on the northern part of the peninsula and Wilayat Sinai has been able to operate there.With desert in the north and mountains in the south, the Sinai Peninsula is very difficult to control.

CNN's Ian Lee and Frederik Pleitgen contributed to this report. 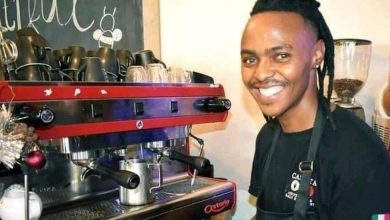